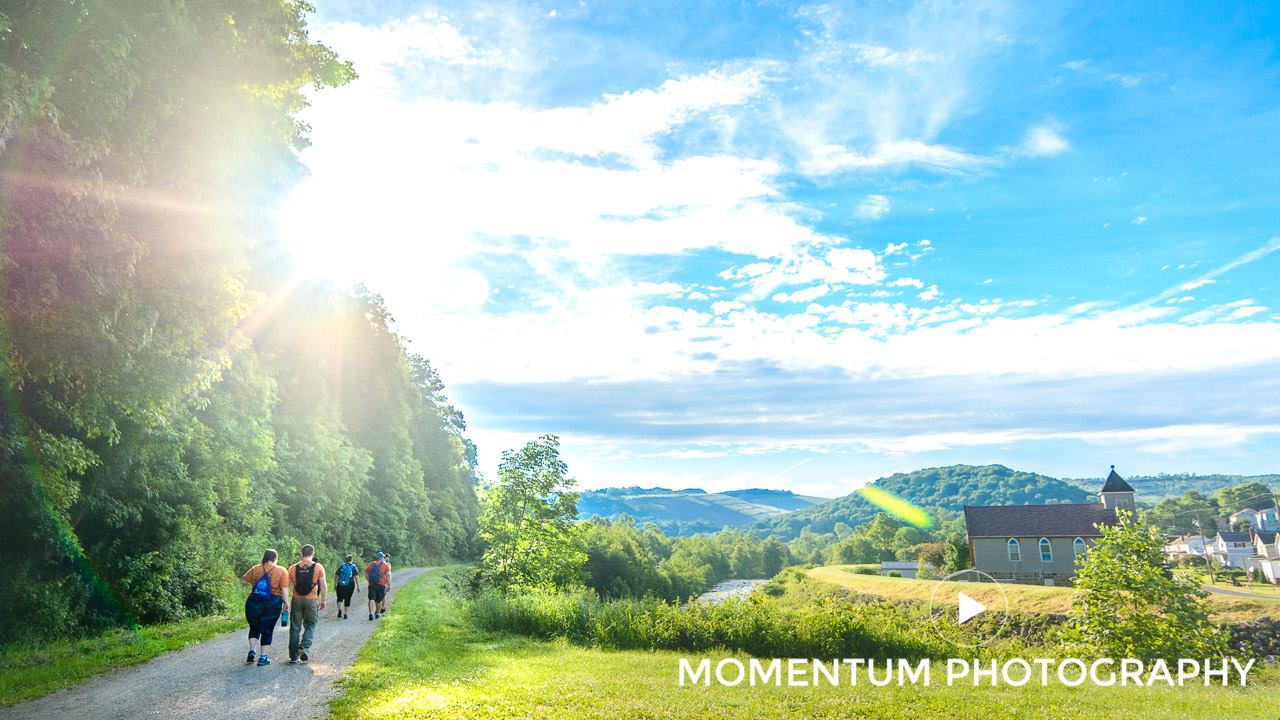 Many Challenge volunteers from the Board of Directors and from the Greater Johnstown community assisted runners and walkers at the six food/aid stations located along the trail. Blacklick Valley and Ebensburg EMS and the Laurel Highlands Nodic Ski Patrol provided participants with first aid response along the trail as necessary. All participants received a high quality t-shirt, and finishers received a commemorative finisher’s medal and beer growler. CCCRA and Coal Country Brewing partnered together to create a unique beer to offer participants to fill their growlers at Country Garden Six Pack in Ebensburg. The beer was named Rusted Rail from the Ghost Town Trail.

The first event of the 2018 Cambria County Trail Series was the Path of the Flood Historic Races held on May 26th, which attracted nearly 1,000 participants to celebrate the 5th anniversary of this event in Johnstown. The third and final event of the Trails Series will be the Jim Mayer Family Fun Run/Walk on September 8th, also in Johnstown.