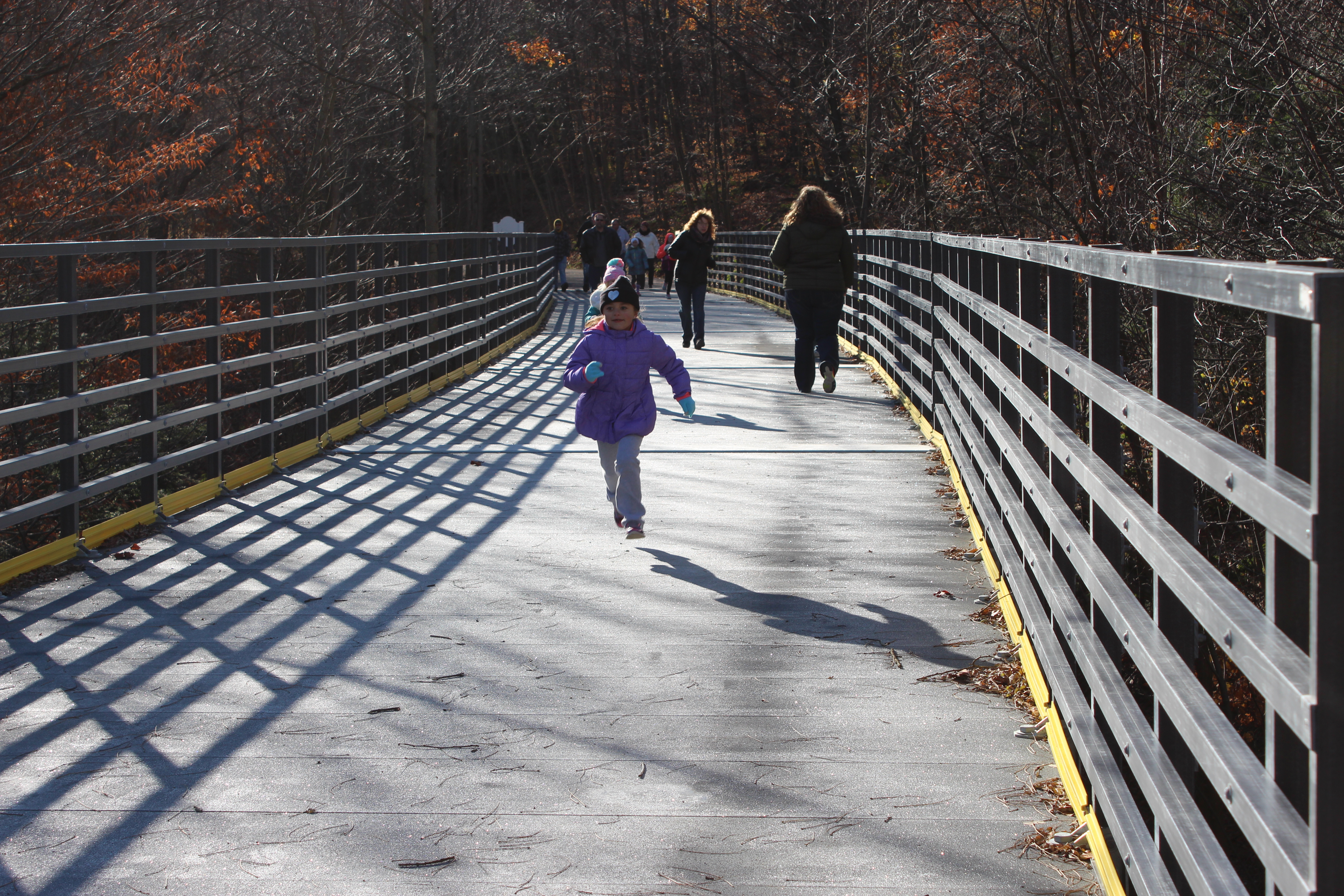 The Cambria County Conservation & Recreation Authority held a bridge dedication ceremony on Saturday, November 11th for the two pedestrian bridges that were constructed on the 8 mile extension of the Ghost Town Trail that opened in September 2017. The bridges, which are in close proximity to each other, were collectively named Carson’s Crossing in memory of Carson Kitner, son of CCCRA Executive Director Cliff Kitner and his wife Karla.

The trail and bridge project were funded through a PennDOT Transportation Alternatives Program grant with funding assistance from the Community Initiatives Fund and the Penelec Fund for the Future of Greater Johnstown through the Community Foundation for the Alleghenies.

Ray Winters and Sons Inc and Bedford Reinforced Plastics were the contractors for the bridge construction. The larger bridge measures 190 feet, and the smaller bridge measures 60 feet. Both bridges were part of the Cambria and Indiana Railroad, which was in operation from 1904 until 1994. The abandoned C and I railroad corridor was donated to the Cambria County Conservation & Recreation Authority in 1995.